Home Gaming/VR TechClose to the Sun Review – Not Close Enough

Close to the Sun Review – Not Close Enough

Close to the Sun likes to label each of its chapters based on Greek mythology, mentioning characters like Icarus. So let me get a bit posh here and chat about Icarus, too. You’ve probably heard the story: Icarus is the son of Daedalus, the designer of the famous Labyrinth where the Minotaur dwelt. The tale goes that Minos imprisoned Daedalus and Icarus in a tower to keep the secret of the maze safe. The two prisoners used feathers and wax to create wings, and leapt from the tower. Daedalus told his son not to fly too high or else the sun would melt the wax holding his wings together, and not to fly too low which would wet the feathers. But because Icarus was a fucking moron he flew too Close to the Sun (HA!) and his wings melted, thus he fell into the sea and drowned. The end. Close to the Sun tries to fly up to the narrative heights of brilliance but its wings start to melt. So it tries to fly down to the cold depths of horror and nearly drowns. And so Close to the Sun never does find its balance. It never soars high in the sky, nor skims the waves. Jesus, this has turned too philosophical. I need a beer or something. Let’s just review this thing, yeah?

Although the developers have clearly said that this isn’t the case it’s hard not to see BioShock in Close to the Sun. Whereas Andrew Ryan decided to build an underwater city where the elite would be free to do elite stuff, in Close to the Sun Nicola Tesla opted to construct the Helios, a massive ship to house the world’s greatest minds who could work toward bettering humanity. Entering the Helios evokes some of the same feelings from BioShock, the art style and architecture of the Helios immediately triggering memories of the art-deco style of the underwater city.

Developer: Storm in a Teacup

Review code provided by the publisher.

Nicola Tesla is one hell of a historical figure, his tale filled with intrigue and mystery at almost every point. In reality, he was unable to pay the mortgage on his Wardenclyffe laboratory and it was demolished before it was even finished. His ideas about wirelessly transmitting power across the globe would never come to fruition, his contributions to science and technology greatly overlooked. In Close to the Sun’s timeline Nicola Tesla has become the richest man in the world, his Wardenclyffe company supplying electricity to half the globe. With his riches Tesla constructed the Helios where the greatest minds could be free of limitations. This hasn’t exactly gone well with the rest of the world, with newspaper headlines claiming that the Helios has been hunted by military vessels.

This is a video game involving science so naturally things go horribly wrong aboard the Helios. Main character Rose Archer (journalist extraordinaire, at least so we are told) gets a letter from her nerdy sister asking her to come aboard the Helios to catch up, but once Rose arrives its clear that things have gone well and truly fucking downhill on the absurdly vast ship. Blood covers the floors, there are bodies everywhere, writing on the walls and some nutcase is wandering around with a knife and mumbling to himself. It’s just another typical day in the life of a video game protagonist.

Except that unlike most first-person games and indeed unlike Bioshock you don’t get any weapons in Close to the Sun. Rose has no means of fighting back against the dangers aboard the Helios. Not even a good old kick to the head or bitch slap.

Most of the interaction between the small cast is handled via radio communication. The relationship between Rose and her sister Ada is great, and I found myself wishing that they got to share a lot more dialogue. Instead, the most conversation occurs between Rose and Aubrey, a man trapped in a section of Helios with the body of his dead best mate who needs help to escape. As enjoyable as the relationship between Rose and Ada is, Aubrey is without a doubt the stand-out character in the game. He’s fantastically voiced and even brings a couple of darkly funny moments. My personal favourite was came when he was asked if he was okay. In a pitch-perfect tone Aubrey replies, “I’m using the dismembered arm of my best friend as a back scratcher, of course I’m not okay.” Great stuff.

Close to the Sun absolutely nails its atmosphere. There’s a strong horror element to the game, and the developers spend a long time building up the tension through environmental storytelling. Created on the Unreal Engine Close to the Sun looks absolutely stellar, delivering loads of detail and some great lighting. There were plenty of moments where I stopped and just soaked in the world that Storm in a Teacup have conjured up. The only hiccups in the graphics are the rare occasions when a living human shows up. Character models look…er, weird. The proportions are a little off, the animation is clumsy. It doesn’t look right. But otherwise Close to the Sun looks superb.

Mind you, that does come at a cost. Close to the Sun is a tricky game to run. With my Ryzen 1600 CPU, 16GB of RAM and GTX 1080 Ti I was struggling to hold steady frame rates at 1440p. At times 60 FPS wasn’t a problem, but during certain sections that would drop, sometimes hitting as low as 15 FPS. Thankfully for the most part this isn’t a game that needs fast reflexes, so lower framerates are not as big a problem as they could be. Still, I’d like to see some updates to smooth performance out a bit.

Be warned; there are a lot of jump scares in Close to the Sun. Now, there’s nothing wrong with jump scares when they’re used sparingly, but for my tastes they do get overused here. There are even spots that have a few jump scares in quick succession.

Sadly I think the game struggles to hold on to the tense atmosphere that it so wonderfully weaves within the first hour or two of the 5-8 hour journey. That’s mainly because the realization that there is no danger outside of the pre-defined chase sequences hits you. The creepy noises, strange shadows and jump scares become less effective when you know that almost all of them lead to nothing. And that’s all Close to the Sun has in its arsenal: jump scares and chase sequences. It’s limited in its horror vocabulary.

Speaking of the chase sequences, they don’t really evoke terror as they probably should. But the big issue with them is that when it comes to obstacles the game asks you to click on the icon. However, during chases I found these were frequently unresponsive and a few times I was caught and killed due to them. Other than that, provided you don’t make any genuinely stupid mistakes – like running head first into a wall – you’ll always be safe. This also resulted in another unfortunate side effect: I used the look back button more often and thus wound up laughing at the clumsy animations.

About the Author: D. Chandler 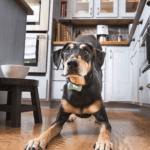